(in Tibetan Buddhism) a state of existence between death and rebirth, varying in length according to a person's conduct in life and manner of, or age at, death.

Chef Michael Noll sports an impressive résumé that includes some of Chicago’s finest restaurants. Growing up in Pittsburgh, Noll's earliest culinary influences were his grandparents and mother. Watching them cook for him is one of the first memories the chef has of food and cooking, and to this day, Noll considers his mother's food his favorite. His first professional experience happened by chance, when Noll was injured skateboarding and was made to get a job as a kitchen dishwasher by his mother, yet another way she managed to influence his career. Noll recalls chef and owner Michael Barbado as his first mentor during his time working in the kitchen at Peppercorns.

The budding culinarian went on to work at Baum Vivant Restaurant in Pittsburgh, where he served as Sous Chef for two years under the tutelage of Chef Toni Pais. In 2006, Noll went to Chicago and landed at Moto, then one of the most cutting-edge restaurants in the country. He followed this with tenures at Butter, Trenchermen, and Powerhouse, the latter of which he was part of the opening kitchen staff. Next up for Mike was a stint at yet another highly touted Chicago destination, Schwa. Noll worked under the guidance of chef-owner Michael Carlson, whose passion and love for his craft was instilled in this young chef. He also helped open Jam with Chef Jeff Mauro, whom Noll considers a major influence in his career. He worked as Sous Chef at Jam for a year before making his way to Elate, a busy downtown hotel where he started as the Sous Chef until he took over as Executive Chef for two years.

Mike wanted to get back into fine dining and landed a Sous Chef position at an underground dining club called Sous Rising where he worked along with chef Jake Bickelhaupt (former owner of the two Michelin-starred 42 Grams), and who he considers the most influential chef he has had the chance to work beside. 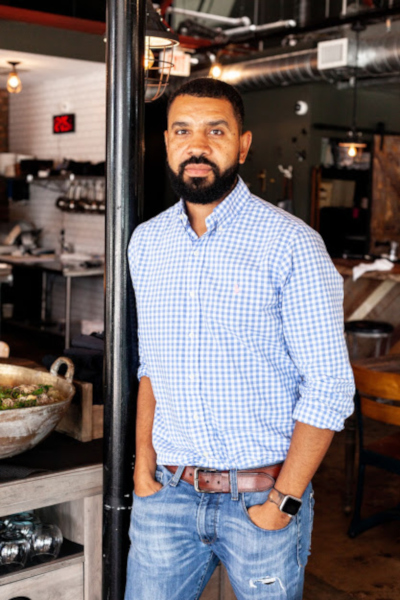 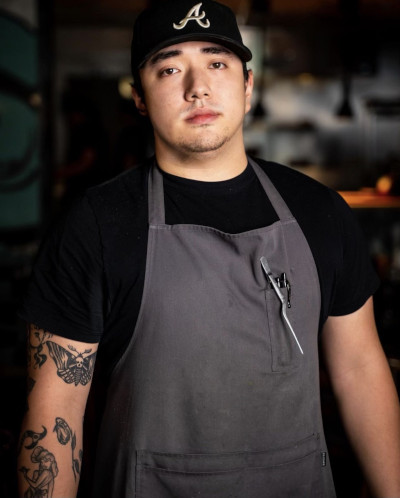 Born and raised in Atlanta, GA, Chef Kenny’s earliest culinary influences were his parents who were both were in the hospitality industry. His second greatest influence was his grandmother, who immigrated from Hue, Vietnam. He spent much of his childhood surrounded by his grandmother’s cooking and Vietnamese culture.

Chef Kenny made his way to Charlotte in 2013 to attend Johnson & Wales University to study culinary arts. While enrolled in school, he met his mentor Chef Nicholas Tarnate (the current Sous Chef at the esteemed French Laundry in Yountville, CA). He spent the next several years working under Chef Tarnate at various restaurants in Charlotte. Kenny eventually left his studies, but while under Chef Tarnate’s guidance, he found himself at Aix-en-Provence. There he was able to fully hone his craft and technique in the kitchen. He was on the opening team with Chef Tarnate when they opened Le Cochon d’Or.

During quarantine, Kenny found himself back home in Atlanta, where he spent his time cooking amongst family and friends. Six months later, reality set back in and Kenny sought a job at Bardo, having long admired the restaurant's inherent creativity and thorough understanding of technique. While at Bardo, he quickly climbed the ranks. He started his tenure as chef de partie, then quickly advanced to sous chef, and now holds the title of chef de cuisine. In his free time, you can find Kenny galavanting around Plaza Midwood enjoying a proper Sunday funday. 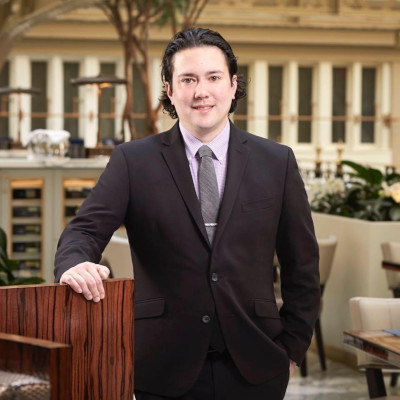 James Nelson brings over 15 years of industry experience and extensive wine and spirits knowledge to the Best USA Sommelier Association competition. Nelson spent years in Washington, DC, working with top brands in the hospitality industry. Most recently, he was the Food & Beverage Director at the AC Hotel where he oversaw all food and beverage operations for the new hotel opening. From 2015-2019, Nelson held the position of Beverage Director at BLT Prime by David Burke and BLT Steak DC during this time he was tasked with managing $5 million in beverage sales between the two restaurants in DC. As Bar Director at Poste Moderne Brasserie from 2013-2015, he created craft cocktail menus for the Kimpton Hotel Group where his passion for the industry was born.

In addition to his roles at impressive restaurants and hotels, he has also taken the Advanced Sommelier Course and intends to sit for the Advanced Exam in the near future. He has also started the Diploma Course for the Wine and Spirits Education Trust with an end goal of achieving the Master of Wine Designation. In 2021 Nelson competed in the Best Sommelier USA competition where he finished in the Semi Finals making the top 13 in the competition. In his spare time, Nelson can be found cooking and enjoying local restaurants.